The Inspiration for Windy Woods

Maybe you assumed that we have a lot of woods around, and that it's pretty windy. That's a logical assumption for why our homestead has the name “Windy Woods.”

It does get windy in our little corner of the world, and we're certainly surrounded by thousands of acres of woodland. That's a real blessing. But Windy Woods was in our hearts long before we knew the actual place we'd buy and start our farm.

Scott and I have a unique story – we met playing an MMORPG, which stands for “massively multi-player online role playing game”. The game we were both playing was FFXI, or Final Fantasy 11. There are many, many different servers in this game, meaning that the same “game world” is copied over and over so that hundreds of thousands of people can play without it getting too crowded. Scott and I happened to have ended up on the same server, Bismarck.

We'd both played the game a long time before we met, and we had both chosen to have our characters come from Windurst, one of the three main cities in the game.

The day I met Scott, he was playing his character, Fretion, in an area beneath the roots of a giant tree growing in Windurst. I happened to want to play in that same area, but when I brought my character, Rahanna, down there and saw Fretion, I kept going to find somewhere else to play. It's rude to take somebody's spot, after all!

It was after this that Scott realized I was in his linkshell, which is sort of like a club or guild for people to talk and solve game puzzles with. He started talking to me, asking if I wanted to team up with him to increase our character's levels. I was reluctant at first, simply because I'd just had a good friend quit the game. But eventually I said yes, and our relationship went from there.

After we married, started our family together, and started to dream of buying our farm, we always knew we wanted it to be something that had a hint of our beginnings together in Windurst. One of the areas in Windurst is called Windurst Woods, and frequently referred to as Windy Woods for short. Thus the inspiration for the name of our own little woodland… our place where many, many adventures together await 😀

Fretion and Rahanna in their early days together 🙂

[…] Adventures on Our Farm The Inspiration for Windy Woods […] 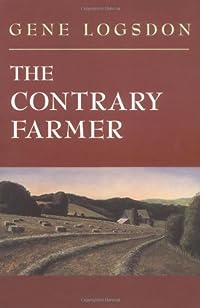 We've quickly become huge fans of Gene Logsdon's work. This one gives practical hints, advice from someone who has been managing a small farm for decades, and most of all, advice to create a farm you fall in love with. 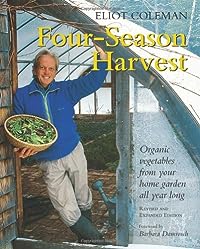 I'm determined to get a successful garden here at Windy Woods, and was recommended this book as the book to study and keep by my side in making that happen. So I'm studying!